Home Futurism We Can Do Better 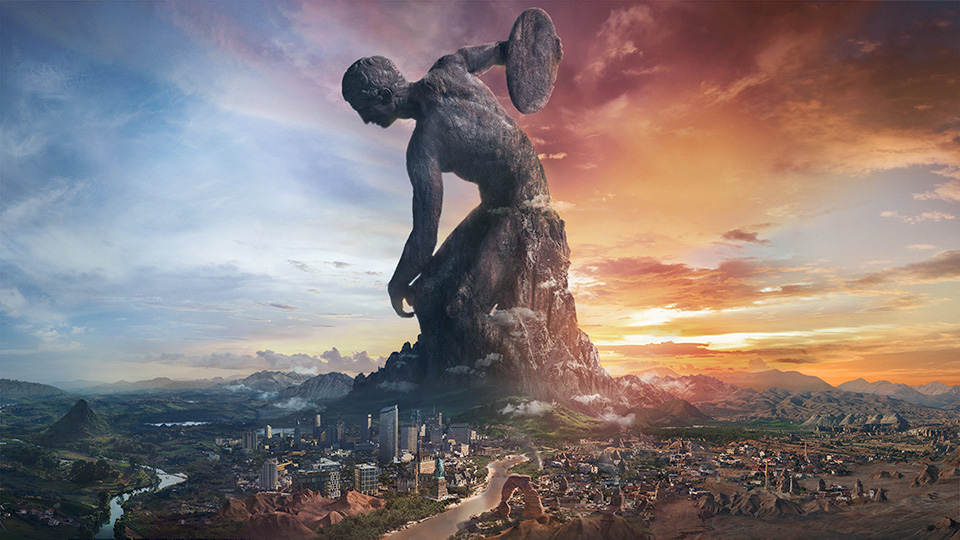 Left and right we are being fed that Democracy and Capitalism are the best world orders we were able to conceive.

“Democracy is the worst form of government, except for all those other forms that have been tried before.” – everyone knows this quote.

Equally everyone has seen an extended and excruciating agony of Socialism in USSR.

Are we ready to call it a day then? A world where some people have an access to free education and subsidized public transport and others are dying from tuberculosis in refugee camps only due to the place and conditions they were born into…

I do not think I am the only person who thinks something is wrong. I refuse to call today’s situation optimal. And I feel immense misery and sorrow for people who see fellow human beings as inferior to them due to the color of their skin, the country of their birth or an accent in their speech.

Modern world order does not stand very far from racism and bigotry, as the simmering nationalism in Western societies is shedding the light to an ugly and tense reality of us versus them.

Do we have a better alternative then?

Slavery was a very efficient form of political order for centuries if not millennials.

It would be beautiful and utopian to believe that one day the slaves woke up and realized that Spartacus was right all the way. The very same day the masters became ashamed of their abhorrent manners and set all those good men free.

Probably, it was much more mundane. There was that smart man who realized an economic inefficiency of such a system and persuaded a small minority of other not-so-stupid people to reorganise the stuff.

Tyranny didn’t seem to work out that well either. Well, it never does. People know that no one has the right to dictate them what to do without being given something in return. Caesar wasn’t stabbed by his outraged slaves, neither was Pol Pot assassinated by his tortured nation, if memory serves me well.

Fascism and Nazism were those nice forms of political system where there existed some good old chaps who are right because they are of the “right ancestry”. It all would be fine if not for the outlandish belief that other nations should be exterminated because of their inferiority.

Having known no alternative slaves might have believed that serving other people is a way to go. However, no rational human being can believe she should die because someone thought it is a cool idea. I want “everything and fast” logic didn’t help Hitler’s rule either.

Communism had to be a perfect reincarnation of Thomas Mann’s “Utopia” if not for the fact that the ruling elite was literally resting on the bones of people, who were supposed to be “equal brothers” and share the same rights and quality of life. Looks like the system was closer to a perverted bloodthirsty capitalism way more than the expected reincarnation of “Liberté, égalité, fraternité”.

A single death is a tragedy; a million deaths is a statistic.

1991. Bipolar world is gone leaving us with an absolute winner and a precondition for today’s “democracy”: Capitalism, – a system where individual freedom and property rights trump all the government attempts at dictating their absolute will.

So here we are, in a perfect world of democracy, freedom of speech and universal human rights. It must take quite some time for all the world to approach the “developed” democratic states. But they will get there. We will “help” them…

Wait a minute. Should we help them, really? Is this indeed a perfect world we are dreaming of and which we are fighting for? You might be lucky enough to live in a society you consider to be democratic and fair. But how democratic do you consider the world you are living in?

If we think that a notion of nationalism or minority domination is gone, we should think again to realize that it simply migrated into a well-disguised notion of national democracies. We are denouncing the caste system in India as derogatory and unfair, while tolerating the same principle penetrating our lives for years. While we consider nationalism as a passé, the fact is that we found ourselves in a world dominated by economic nationalism, which does not merely touch imported goods but each and every one of us.

Global community believes that carrying that paper thing and showing the proof of your good intentions when visiting another country is a normal procedure, just as slaves and North Koreans believe they are doomed to such life because they never knew the alternative.

National communities also think that being guaranteed a good job in their “developed” country is a natural human right and their government’s obligation. The fact that some “inferior” Indian or Chinese can do the same job 4 times better and faster does not shed a light of doubt on the national-socialist minded humanity.

The fact that a Ukrainian has to get a European citizenship to have the same rights as people born in France seems as normal as the fact that British are currently applying for Polish passports to be able to further enjoy their rights as Europeans after the consequences of their irrational racial hatred.

The fact that the line for non-EU citizens takes 3 times longer than for Europeans seems to be in a way of things. Equally, no one appears outraged to be obliged to stand in this line when there is no queue to the Europeans’ entry zone.

The fact that you should live for years as an illegal immigrant without the right to leave the United States in order to be able to apply for a green card in the nation of immigrants seems a bit of a misunderstanding to me.

The revelation came to me when a friend of mine mentioned he does not bother taking Airbnb because he knows he would be rejected as “brown”.

The examples are endless and the absurdity of such “democracy” is endless as well. We are living in the world of “Gattaca” with the only distinction being your birth certificate instead of the genes you carry.

What I do not understand is why no rational person stands up and says:

“Wait, guys, this makes no sense. A Norwegian murderer and an American rapist have more rights than a hard-working Palestinian engineer or a death-escaping Syrian refugee. This is inacceptable.”

Everyone reading this post, – you are in the top 1 %. This truth might be inconvenient to you as well. It is pretty inconvenient and strange for the majority of people in the so-called “democratic society”.

It is way too easy to have it all because you are born in the right country or the right family rather than achieve your dream because you are the best. The rich and successful of this world are clinging to these old national boundaries since they have not figured out a safe heaven in the world that is unavoidably coming.

Currently politicians keep stirring national debates because without nation-states they will be as redundant and powerless as the assembly workers of an Amazon factory.

The fact is they have already become puppets in the hands of global capital, of transnational corporations. The only difference is that those “economic Leviathans” are way more interested in globalization and universal access to Internet and goods than the “ruling elites”.

And it is exactly those technological corporations and newly invented technology that will define the Future World Order.

The coming Golden Age of Technology will allow us to stop living off the victories and failures of the past, but give us an opportunity to harness the potential that the present and the future are unfolding in front of us. The computational capacity, universal Internet access and infallible detection technologies will enable a world of true human dignity and personal achievement. Family values, compassion and love for the Planet will not be diminished but rather strengthened and encouraged by the technology-enabled Global Citizenship.

All our data will be stored in the computers scattered all around the world. You will not have to spend hours on the border control waiting for the check and scan of your papers.

All your history and achievements would be read directly from you face and walk by a biorecognition technology and ubiquitous AI. In fact, there will be no borders as such. People will be walking in and out of ex-states like customers are walking out of AmazonGo shops. You will become a global citizen of choice and deliberation and will look at the historical nation states as an interesting and curious phenomenon of the savage past of greed, romanticism and limitation.

Biotechnology and Space Exploration, Creation of New Materials, Environmental Protection and Pleasure Engineering, – those would be the major “industries” of the future. People will be able to realize their inborn potential rather than pursuing what once used to be considered a “sustainable” job, since they will be able to live where they want and do what they deem truly important.

AI will take care of farming, production, programming and cleaning. Humanity that will chose to live in a Golden Age of Technology will live its true dream, an equal and fair life of Achievement rather than Fate, of Universal Love and Understanding rather than Borders and Suspicion, of endless possibilities rather than bureaucratic limitations.

We can do better. Together.