Home Artificial Intelligence Would Sarah Everard Have Happened in China? 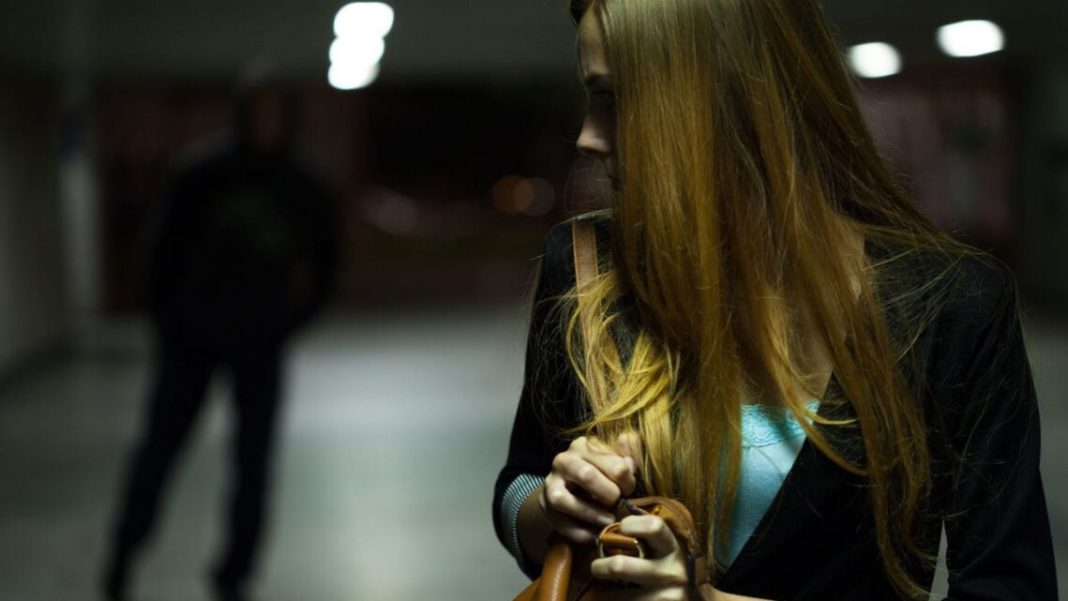 They must be having a bad day, — I thought.

They must have a hard life.

My reaction only gives them strength, — I thought.

The way I always used to perceive cat-callers was a deep condescension and pity for their narrow-mindedness, poor upbringing and disproportionally low IQ. While all the above holds true, do we justify a racist for his lack of knowledge or his low situation awareness? Maybe we should also justify Hitler’s mass extermination of whole races due to his difficult childhood and failure in an art school?

I was absolutely amused and inspired by a smart and imaginative #dearcatcaller campaign few years ago. It made me think. It made me realize what I always felt was improper: making another human being feeling uncomfortable only because she is a woman (it feels strange even to write about such a banality). Is Noa one of few girls experiencing this type of harassment? No, and far from it. She is one of each and every one of us who has to go through this disgusting ordeal.

We have to go through this walking down the street, sitting in a bar, oftentimes at work. What happens when we do speak up is usually someone telling us we can’t take a joke, that we are creating a big deal out of nothing or that we are not a good team player and should be let go from a company. You’ve missed the point, — they say, — It was supposed to be funny, — they say.

While being fired for voicing sexual harassment claim to HR did not seem very funny to me four years ago; Sarah’s body in Kent and Lola’s tortured body in a suitcase definitely does not seem funny to me now. I think the time we take women security issue seriously is long overdue.

While very different cases, they both show that what happens whenever society turns a blind eye to harassment. Whatever usually starts with psychological harassment, name-calling and repressed psychiatric conditions usually tends to transform itself into physical abuse, rapes and murders.

Tolerating the intolerable has been a cultural norm in Western societies for way too long!

I don’t think reporting an indecent behavior or carrying a means of protection should be above us anymore.

However, I don’t think women and children should suddenly feel threatened or forced to change their behavior to adapt to a “new normal” of living in a continuous fear. This would be equivalent to all Western world burying themselves in bunkers after numerous terrorist attacks by the Al-Qaeda or ISIS.

Instead, what needs to happen is the introduction of stronger AI and face recognition software imprinted throughout Western CCTV networks, to start with.

I remember when I just moved to London, I picked up one of those daily newspapers to read on the tube. And one article stayed with me forever. It described a drunk woman walking through Bethnal Green area late at night just to be whisked into some door when she walked by and be raped on her way home, three times in one hour! I was pretty astonished how drunk she must have been to get herself being dragged into strangers’ places and allow herself to let down her guard that much. But what shocked me even more was the fact how this triple rape instance has been later analyzed with the CCTV footage. Later! No one has called the alarm and interfered when this poor woman was being raped in the center of the city, for the second and third time within an hour’s time span!

What good does it do having thousands of CCTV cameras throughout the city only to analyze the fact after the harm has already happened?

CCTV footage shows us the last location of Sarah Everard but it clearly did not ring an alarm bell when she did not appear on any of the next CCTV camera locations. A blind spot! Here you are, there you are not anymore. Dusted.

The principal suspect was allegedly caught on CCTV either accompanying or following Lola into the apartment building where the girl lived at about 3.30pm on Friday a few minutes after she left school. The woman was later seen by local people pushing a large plastic suitcase around the area, — the suitcase with dead body of 12 years old Lola!

No matter how much I detest an oppressive and dictatorial surveillance Chinese people have to go through in their daily lives, the fact they have managed to build a real time tracking system clearly shows us the technology is here.

Feeling a slight oppression from the number of cameras tracking each and every of my moves, unfortunately, I have to admit, the currently exhaustive tracking of Londoners and Parisians does not seem thorough enough. We should never go down the Big Brother route of omnipresent surveillance and citizens’ ranking, but it looks like we should use the available technology to ensure the safety of our nations.

Instead of women worrying over moving around the city, we need stronger tech and better AI to come to our rescue. Equally, efficient tracking mechanisms will help men who might be unfairly blamed for harassment.

What we need is a Deep Learning tracking system which can track every person’s route and ring the alarm fast enough to investigate somebody’s suspicious disappearance from this very system. We need to be able to pull together all pieces of the puzzle around the “event” of disappearance or assault to be able to track anybody who has acted out of normal or who could have had any clues to what might have happened in the moment.

Yes, the software needs to be a real time autonomous Artificial Intelligence. Yes, it needs to have next level facial recognition, NLP analysis and even predictive analytics to spot anomalies before they have turned into a murder investigation.

Manually shifting through CCTV footage in search of clues does not cut it any more. We have neither human resources nor extra money in our already poor budgets to pay millions of people to observe other millions of people in real time.

Apart from integrating Deep Learning algorithms into our CCTV network, we must create instantaneous crime reporting applications, which will allow to use our GPS, combine image and sound from the threatening situation and request access to the nearby phones to put other people down as immediate witnesses without flagging the fact of your reporting to the offender.

Personal example: I have witnessed a suspicious looking man twice on my way from Tooting Broadway to the Old Street. He was clearly not in his right mind, drunk and eager to attract attention by screaming weird noises to people on the tube and showing strange gestures directed at me. Fun fact is I took this same tube twice in the span of a month (not that often) and he was in my carriage both times when I took the tube. Clearly, he just drives back and forth and the fact he was in my carriage twice is merely a coincidence. Right? Most certainly. But how will I react if I take the tube to Tooting again, and he is going to be in my carriage again, staring at me, doing those weird sexual gestures and screaming inhumane sounds? Will this be a coincidence once again? Should I keep listening to my Spotify and pretend nothing out of the ordinary is happening?

I don’t think so. I do not think Sarah’s, Lola’s and hundreds of other women deaths should go in vain. This could have been me. This still can be me. This can be any one of us! In fact, I have reported the weird man situation to British Transport Police. And I do so every single time I feel something is off. And I urge both men and women to report behavior that makes them feel insecure. We are not paying exorbitant taxes to feel inadequate in our own cities. And the fact that some guy might have screwed up his life is not a justification for my 40 minutes of misery and stress on my way home. And, most definitely, the rapes and murders cannot be justified by poor living conditions, low education, or nationalism in any form.

But, again, reporting the act post factum is not good enough. There must be an instantaneous application, which will allow us to report the situation quickly and have the police take care of this while the whole thing is still happening, taking into account my exact location, detailed account of nearby CCTV footage and the details of people who were witnessing the offense. I should not have to say a word which will put me at more risk in front of this person. I want a slick UX and an efficient integration to all surveillance mechanisms and government enforcement agencies to make sure the danger goes away before any damage is done to me or the next girl riding the tube, coming back home from work, or a child coming from school!

I remember it took the death of a child to finally put traffic lights and a zebra crossing next to a school where I used to live in Odesa. How many Sarah Everards and Lola Daviets do we need to bring attention to the inadequacy of technology which is supposed to guarantee the safety and freedoms of women in our societies?

Love is A New York For Egoists