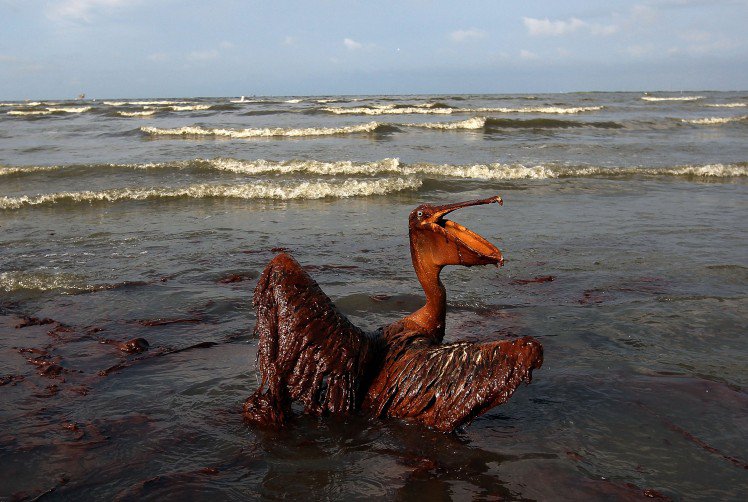 On Monday, April 15th, a Global Movement “Rebel For Life” has officially been launched. As most uncoordinated with government protests aimed at disrupting the usual service, many climate protesters of April 15th have been arrested and put into custody.

This quote made me wonder:

How much Externality Damage has Shell (or any oil/ coal company) contributed to my own life? And why depriving me and my children from a decent future does not constitute a criminal offense?

The problem lies in the lack of schematic approach to populirising environmental damages as well as an overall lukewarm attitudes of modern elites and intelligentsia to the status quo disruption.

Shell is one of the world’s 10 biggest carbon emitters and Shell only accounts for approximately 2% of the historical emissions of carbon dioxide and methane between 1854 and 2010.

On another note, remembering news headlines from April 1st, 2019 and unsure if it was April Fool’s joke or not I double checked the news today just to confirm:

Saudi Aramco, divulging its finances for the first time, revealed that it is the world’s most profitable company

To rephrase: In the XXI century Information Age of seemingly omnipresent and omnipotent FANGs of the world, the most profitable company is the most backwards and primitively exploitative global pollutant.

Finding out how children are born was nothing in comparison to another alarming discovery I made during my childhood. Being a progressive kid, I was reading all kinds of encyclopedias and space/biology/history books my Dad got me in the new reality of an abundant capitalism of the 90s’ Ukraine. I did not consider myself a futurist or even knew how to use stationary computer.

But I knew that we have already been to space and that humanity has achieved more in the last century than throughout all history.

My deeply ingrained belief was that space travel has finally given us a chance to get rid of trash, accumulated by humanity through the time of our existence. My only concern was that we are making the space a dirty place and imagining all that trash floating around Earth I thought we should think of the way to store it at a different uninhabited planet.

Then, one day, in the news I saw a video of Indian children playing in a pile of trash in Ganges River Basin. I asked my Mom: “Why isn’t this trash being sent to the space?” I wish you could see the surprise and amazement at my mother’s face. The discovery I made that day was one of the saddest realization in my whole life…

Having spent 2 years in the most coal-dependent European country and developing temporary asthma, I came to an even sadder and an outrageously dooming realization:

A predominant majority of people think solely about outsmarting everyone else by minimizing one’s efforts and spendings at the expense of others, future generations and, what is even worse, their own children.

People keep denying the global catastrophic consequences of their behavior, justifying it by the assumption that “everyone else is doing the same”, and there is no need to change the rules of the game. Indeed, Game Theory has never been as relevant as it is today!

Game theory has built the foundations of modern economy and politics. But how do economic prosperity and ecological safety relate to the quality of our life?

You might have a smartphone but can you say you have a good quality of life when you live next to a dump? You can have a car but can you have good life conditions living next to the main highway? You might be a proud owner of a beautiful villa but how much is it worth overlooking a chemical plant?

You might be living an Instagram life in a small boat in a remote Thai island or be a National Geographic cover story trying to survive in the poisonous waters of Marilao river.

Now imagine living in a city, where each breath is similar to inhaling a mix of burnt trash and arsenic. This is what Krakow and the majority of coal-dependent cities in Europe feel like in winter.

No matter how much you earn and what kind of education you can give your children, “the graves have the same size for everyone”. And those of us allowing fossil fuels company to dominate world economy at the expense of our health, are likely to end up in those graves sooner rather than later.

If the exposure to toxic air and cancerogenic particles can turn your life into a nightmare in a matter of years, I bet you would not think twice before getting out of your “toxic comfort zone”.

Thus I would like to turn to all of us throwing a condescending gaze at Climate Protesters:

No matter why climate protesters go out and rebel or who is funding the movement, – Suffocating is not cool! Taking action is!

Will we stop playing ecological Russian Roulette only when there is one empty chamber left? And won’t it be too late?