Home Biotech What is The Price of Immortality? 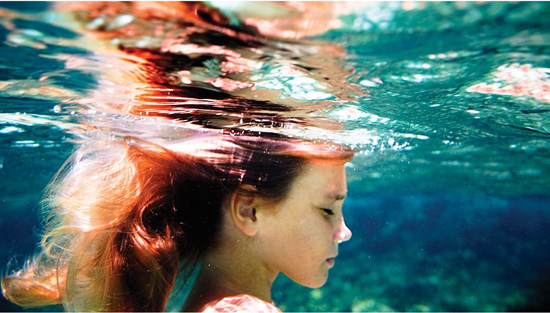 I remember how in my distant childhood there were some speculations about rock stars wishing to freeze themselves until some form of longevity medicine is discovered. I believe Michael Jackson was mentioned too. Well, it might have been an interesting PR hook or an all-too-common tabloid manipulation. In any case, it sounded very funny and pretty hopeless at the same time.

As the years passed, the notion doesn’t seem so strange and silly as it once was. Discoveries in stem cell research, advances in biotechnology, genome industry, reproduction and biology are bringing us every day closer to immortality. Not too fast though. Not fast enough. There are millions of people still struggling with incurable diseases, just as flue or syphilis were some years ago. While an abundance of treatments has been created to make your life with HIV as normal as it could be, a complete elimination of cancer cells still looks very much like sci fi. We might well have no idea of an already existing medicine, but in no way it changes the fact that millions of people are currently doomed to death.

Now let’s bring ourselves to an imaginary situation which is never going to happen to you as you will die in your 90s surrounded by loving family. Just imagine a sad prospect of an approaching death. Maybe you are not tired of living, maybe you are full of desire and ideas, you haven’t finished that next big thing or you haven’t seen your grandchildren. Maybe you have no children at all yet. And now by convention you are told to believe that a beautiful life is awaiting for you in the other world. That it is not an endlessly cold emptiness and encroaching darkness, emotions and feelings’ void, nothing…the end.

It turns out 147 people did. Well, one of them was a 2 years old Thai girl, whose parents made a decision of hope. There are several companies in the world that offer you a close-to-impossible dream of another chance. Alcor, an Arizona-based company, is the most popular cryology institute that gives you a chance of a rescue when the time is right.

So far the company is charging their “clients” from $80K for a neuro freeze up to $200K for the whole body preservation.

Some people pay a lump sum when they know death is on the doorstep. Yet some choose to pay monthly contributions throughout their life for the realization of a sacred dream.

It is hard to imagine the procedure to be legalized in fundamentalist countries, but I see no obstacle to such a choice in the majority of the developed world. The political and moral concerns over such a procedure have been long removed with people changing their sex, appearance and abortion procedures legalized in many states. Euthanasia is becoming legal in more and more countries with the recognition of a choice as a fundamental human right.

While killing other people can never be justified killing yourself temporarily is nothing but your own whim and desire. There is no doubt that a choice creates demand. Less and less people will go for traditional body disposal methods, but will pragmatically choose an opportunity of another chance, oftentimes a chance for life they were deprived by chronic or inherited diseases.

The pro and con political parties will be formed, current dominant religions will be protesting and new religions will be created to support, overwhelming majority of people will condemn and despise those who chose a chance over reality; and yet millions will be secretly aspiring for the same dream to come true.

The main dilemma is definitely not whether, but rather how and to which extent cryonics can be successful. Obviously, the success is defined by the company’s ability to live up to its obligations and thaw the body and brain while allowing a person to have the same or better level of physical condition.

It is hard enough to imagine a resuscitation of a human being after 20-30 years of clinical death. But let’s imagine it worked and you are not a mass of dead tissues but a living creature (whole body) or an alert brain (“neuro” option). While the creation of a bionic body will be easily realizable with 3D-bioprinting and cloning technologies, how much of a certainty will there be that the resuscitated creature is you? “You” as your personality, memory and emotions. “You” as your conscience and self-awareness. What will there be left of “you” after 20 years of -196 C preservation?

You as you or any kind of new biotechnological cyborg, – what kind of life will this creature have? What will it feel if this function will be still available? Staying alone in a completely new “brave world”… How will this new you assimilate into a drastically new reality? Forget cancer, AIDS or anything you were dying from dozens of years ago. You are now given a chance you craved for. What do you do? Whom do you go to? Are you one of millions or an intimidating outcast? Who will guarantee you will not be exterminated by a fearful contemporary society? Who will ensure your human, robotic or cyborg rights?

People are weak and fallible by nature. We are predominantly afraid of anything alien and new. Often times we prefer to accuse or get rid of an unknown. The chances are that the new you will be one of those very alien and unknown things if the practice does not get popularized and become mainstream.

Even if the chances of greeting a survivor are still dim (no thawing technology has been successfully tried on humans yet), there will be no better time to start the discussion on the society reintegration of those people. If no university is teaching robotic and cyborg rights, it means it is high time to start.

Quite soon the fight between cryonic institutions and pharmaceutical companies and fundamental religions will resemble the The War of the Worlds by H. G. Wells.

Religion is true when it states that death is part of life and a life without death is meaningless. I couldn’t agree more. Now try to explain this to a 20-something years-old person bed-ridden with tetraplegia or to parents of a 2-years-old child who has been diagnosed with an incurable kind of brain cancer. Would they go for a euthanasia when they have a tiny glimpse of hope? Hope is the most beautiful thing any religion has ever bestowed upon us. Will it denounce our hope for life in the time of need?

The pharmaceutical industry’s main accusation will be the one of a despicable and selfish-minded cryonics’ spell depriving people of a possible cure and a happy life with an unproven phantasmagoria of life after death. And this argument will be valid too.

However, where there is a right, there is a will. It is hard to believe the method can ever become mainstream for healthy people. However, a high application rate of Mars Mission volunteers sheds some light on an insatiable human desire for discovery. A centuries’ long search for a “youth elixir” is yet another example of people’s yearning for immortality. Who could guarantee there won’t be healthy volunteers willing to try to cheat time and wake up in a new era of staying “young and beautiful” forever?

How will Alcor react to such an unavoidable prospective? Will they freeze anyone who desires or will they create a moral code and specified conditions for the procedure? Will there be a precise starting age from which the procedure could be realized?

No doubt the surest way to shed any kind of suspicion over the company’s operations is to offer a credit for the procedure.

If this sounds outlandish, that’s because it very much is.

Freezing people to a clinical death with their written obligation to repay the costs of procedure and preservation after being resuscitated stays short of a venture investors’ science fiction.

The issues arising are many, starting with thousands of unprivileged (or not only) people applying for the credit at Alcor in the hope of getting a wholly new life years away to the possibility of an eternal slavery for the people who are given such a “chance”. Notwithstanding hundreds of arising concerns, a certain number of government-backed credits could allow Alcor to completely clean the record.

The question is whether Alcor itself believes in the success of what they are doing and whether they are truly willing to walk the talk.

Be it a submarine or a spacecraft, universal connectivity or cloning, designer babies or virtual reality, – everything we read in books years ago is now building foundations for things we cannot even envision yet. Thus, the probability of successful cryonics is rather high than low.

How much would you pay for hope?