Home Futurism What Is Your Social Ranking? 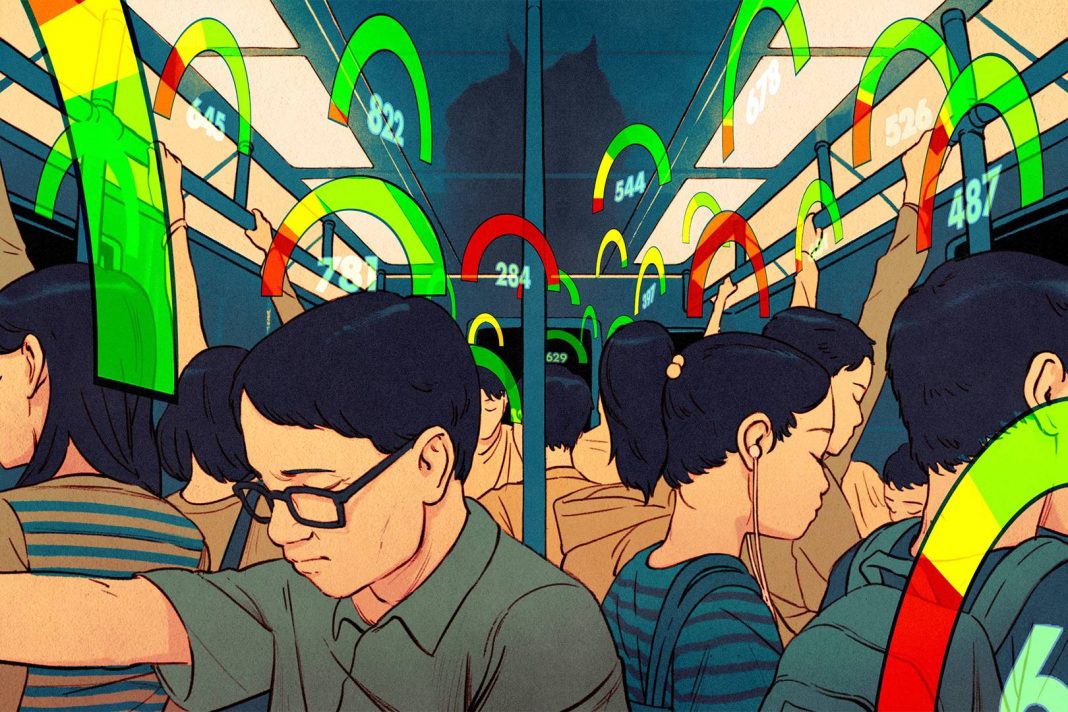 We can forgive harm, insult, blame or blackmail. What we can never forgive is indifference. It stings deep into our heart, creating a widening void of resentment and self-doubt. We need recognition, respect and admiration. Sometimes we need jealousy and lackeying to feel stronger. This strength is deeply rooted in the weakness of human nature, the weakness that keeps the luxury goods and lifestyle companies’ blossoming, the very weakness that makes social media an all-powerful tool for collecting and trading data, the weakness that propelled Facebook to be the #5 most valuable brand in the world.

We want to be heard, respected and liked. Facebook was one of the first platform that allowed us to voice our opinions, be liked for those and gain the audience for our views. Interests and groups-membership based advertising was only a first step in monetizing a social giant’s potential. Selling its members’ data and views to governments seems to be the next one.

In the age of time scarcity, social media gave us a chance to substitute real meetings, phone talks and newspaper reading with a few likes and updates. Current multibillion online players like Google and Facebook understood the slow transition of power from a pure accumulation of resources to the possession of information. The biggest currency of today is not money anymore, it is influence and trust. If you have the combination of both, you will not lack much.

“Nosedive” piece in “Black Mirror” seems to be a dark parody in what our daily life has become, with the only difference of an existing social likeability being institutionalized and monetized. While the number of likes and retweets might make someone a guru or a fashion diva, the idea to introduce social ranking is nothing more than taking a financial intermediary (money) out of the equation. And, voilà, we are back to a barter economy, with the social status being a major currency to carry out transactions with.

There is no value in arguing whether social ranking is a positive or a negative aspect as there will be always arguments to support both. The only mistake to avoid, however, is to assume such a society organization is a part of an unrealistic utopia.

In the pre-digital era social currency and party affiliations were more valuable than gold. USSR was a country that realized the value of social ranking way before it became clear in capitalistic societies. Promotions, travel and access to goods was oftentimes reserved for the members of Communist party. In the absence of ways to accumulate physical wealth, social ranking became the aspirational “currency” that motivated people to outperform others. It was exactly the ideological influence and propaganda-supported trust that fueled the regime from inside.

With the increasing number of people and the proliferation of the Internet, it seems close to impossible to assume that no one is taking advantage of an all-powerful world wide web to control a growing population.

It is very logical to see the most populated country to use current technology to make sense of its 1.4 bln people.

Alibaba’s Sesame Credit proved to be a powerful tool in reviving domestic economic activity, incentivizing risk-averse Chinese to get a taste of living on credit. Such factors as the purchasing volume, price and frequency coupled with the timeliness of bills’ repayment helped Alibaba to create one of the most powerful and trusted crediting algorithms. The system looks like a typical credit history accumulation tool, before you realize that it is being carried out by a private online retailer. Clearly, getting more points by inviting your friends to join the Sesame app is closer to an Airbnb-like profitable business model rather than a disinterested financial assessment. In a 1.4 billion investment-averse country, such a solution is not only a cheaper, but actually the only viable alternative to the creation of hordes of financial consultants.

Now factor in a recent Facebook reconciliation with Chinese government and Zuckerberg’s willingness to cooperate in the strengthening of a Great Firewall. While it is true that the mission of world connectivity seems to be impossible without including Chinese population, the introduction of censorship and possible data gathering are a bit too far from the 2004 mission statement of people empowerment. Facebook’s political influence as well as users’mood alteration experiments show there is little limitation to what the platform can do. There is simply no way such an intimate and powerful platform as Facebook will not be used for population control purposes. Facebook clearly showed it is willing to cooperate on users’ censorship in China. Who would claim influential social media is to stay out of government control elsewhere?

Slowly, social ranking system does not seem as unrealistic as it once was, with two major online giants cooperate with one of the most powerful state on the Earth to create a tool for population control.

will gain you the needed points for a comfortable living – getting first class seats on airplanes, for example, or staying at the finer hotels, travelling abroad, or sending children to the best schools. “Disturbing behavior”, however, might easily create a perpetual glass ceiling in your life. Reminds a car-renting scene from “Black Mirror”, when the main character could rent only an outdated and inferior car model when her social ranking dropped to 3 out of 5 points.

This is a testimonial of a Chinese dating portal user:

Trustworthiness has become our credit, a short-tempered and unforgiving currency, fostered by our own weaknesses and fears. Human nature is here to stay. So it’s high time to ask yourself:

How far will my Social Ranking get me in life?