Home Futurism Uber: What We Wanted to Know and Forgot to Ask 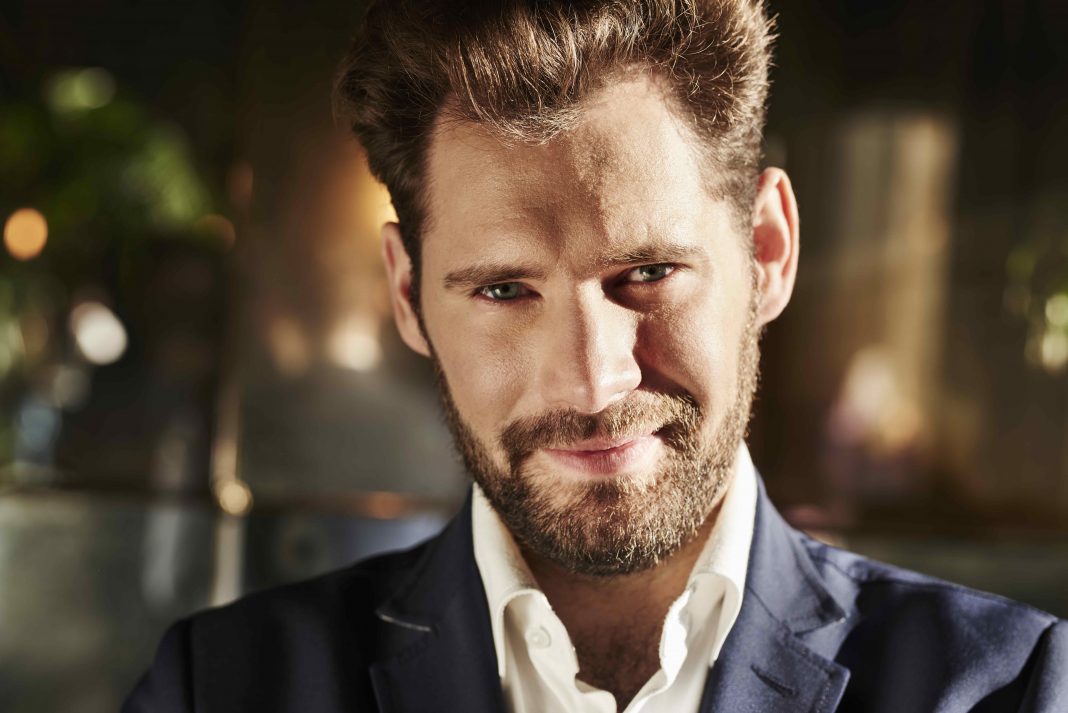 Share
Facebook
Twitter
Linkedin
VK
Just as smartphone transformed the way we use mobile, so did Uber transform private transportation industry. Now you can expect accurate, fast and professional customer service, which you can verify, rate and quantify. Uber became an online banking of transportation industry where you can find the history of your transactions as well as have a real time monitoring of how the service is being delivered.

You do not have to pay a premium for sending money online, currency exchanging and taking credit from your sofa. Online banking became the new standard, new benchmark of service. In any given industry people increasingly demand transparency of information.
Like online banking, Uber gave people the transparency they longed for.
In Poland Uber grew to over 1 million users in under 3 years. The tendency is likely to continue.
The question is, what will on-demand ride services do, once private transportation market becomes saturated? What will be the next domain of life Uber could transform? What exactly is the limit for an Uber like technology company?
I decided to discuss these questions with Kacper Winiarczyk, a person who established Uber Poland and made it 3rd biggest market in Europe in less than 2 years. 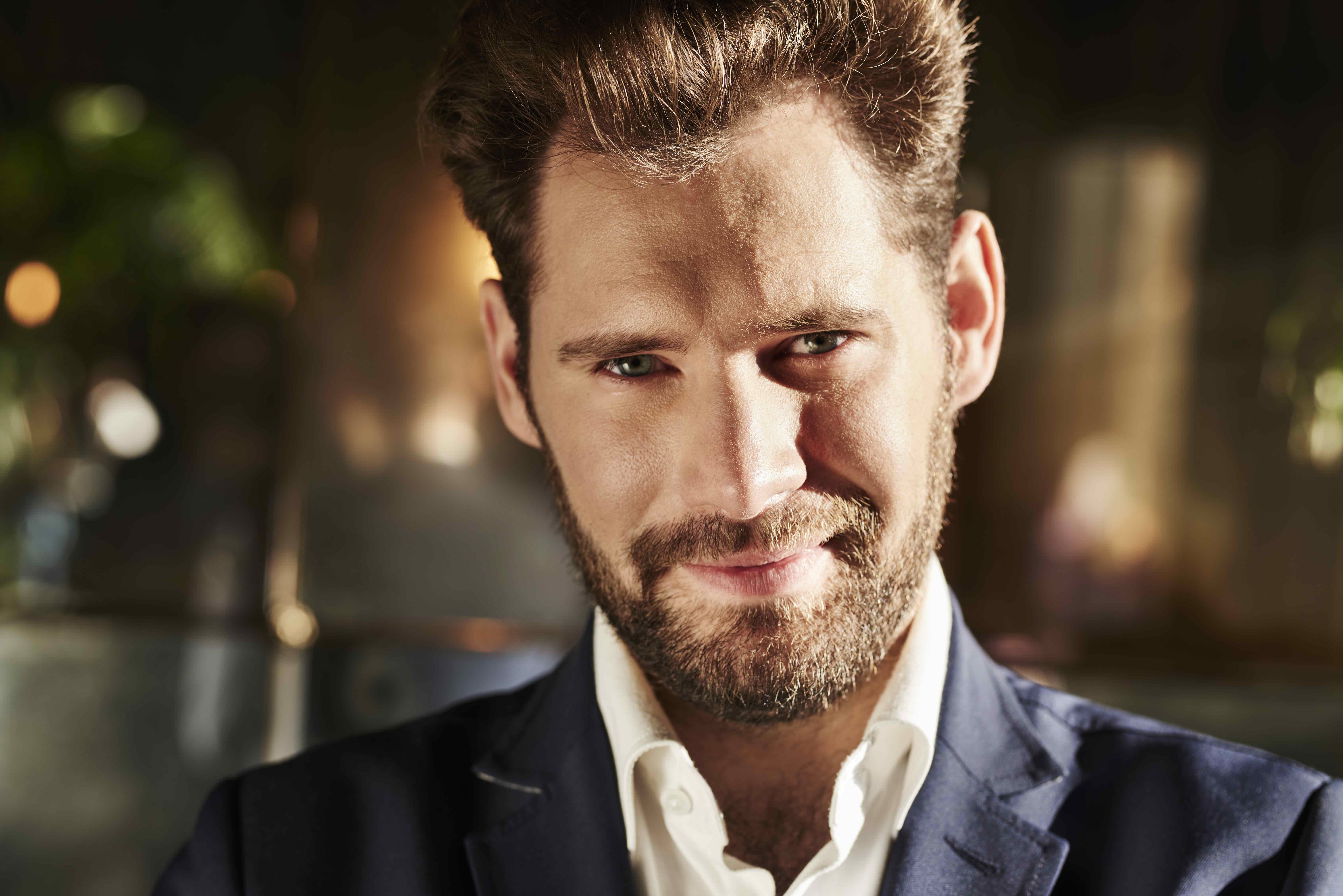 Kate: Will Uber reinvent and eventually substitute public transportation?
Kacper: I would rather say it can be a valuable addition to the public transportation. With Uber pay-as-you-go model (the more you use the more you pay) it will not be a direct competitor to public transportation. More likely it’ll remain a complimentary service that enables people to travel ‘the first/last mile’ that separates them from their houses or offices to the train and metro stations.
Lyft “Shuttle” has already made their first attempts to enter into competition with local public transport system in SF.
It isn’t hard to imagine possible advantages of having a bit smarter daily commute than your normal bus, with dozens stops, numerous routes’ memorizing and decision making overhead. Alternatively, your on-demand request would go through the multiple nodes of a distributed data base and push smoothly aligned commands to the shuttles roaming throughout the city. Smart ride would suggest you the best pick up location which would be a real time reflection of the nearest shuttle bus rather than a fixed place on a map. Drop off spot could be easily calculated to be the most convenient spot for an average rider exiting in a specific area.
Just as public transport is supposed to favor the majority, so would the so-called smart shuttles of the future. The main difference would be an existing algorithm that would enable a smart and calculated advantage. At the same time smart metering will give each individual all the relevant information and time accuracy.
If you know how UberPOOL works, you might know that you can be surprisingly amused by your fare decreasing in half if you opt to share a ride with a few lovely strangers. You can be also surprisingly frustrated if no lovely stranger opts for a same great deal in your vicinity. This can be especially true if you are Uber hunting in the middle of nowhere (e.g. far off suburbs).
Being a great invention for private transportation, current UberPOOL is still limited to the domain of private transportation. Unlike your work commute. Remember, – there is never a shortage of lovely strangers on a morning train.

Who will fill out the niche created by increasingly cost-conscious proponents of convenience?
According to Poland’s General Manager, Uber convenience is a winning combination of cost, safety and transparency.
Will the same balance between the three satisfy thousands of commuting workers? Isn’t a smart pay-as-you-go scenario a winning situation for all?
“It is not, – contends Winiarczyk, – There is a reason for having cities planned as they are and people living in the areas they do. Pay-as-you-go public transport would exacerbate an economic divide between affluent districts and “sleeping quarters”. People who have to commute long hours to work would suddenly need to pay 10X more than their wealthier city center dwellers. The same goes for entertainment part. You just don’t want to strip the city hub of the customer base coming from the suburbs and distant corners of the town”.
Being a rampant supporter of capitalism, I could not counter such reasoning.
To sum up, pay-as-you-go public transport is unlikely to pose a significant competition to subsidized public transport. However, it is very likely to fill the niche between UberPOOL and a public bus.
Kate: How will Virtual Reality impact the Uber of the future?
Kacper: I think we’re generally going to see a strong decreasing trend in people travelling for work. Commuting and spending time in the office will become less frequent. You can use VR to enable efficient remote work, but you’ll still want to travel in your personal time.
Just as Internet killed the traditional texting, so will VR obliterate a traditional office, the one we needed our daily commute to. 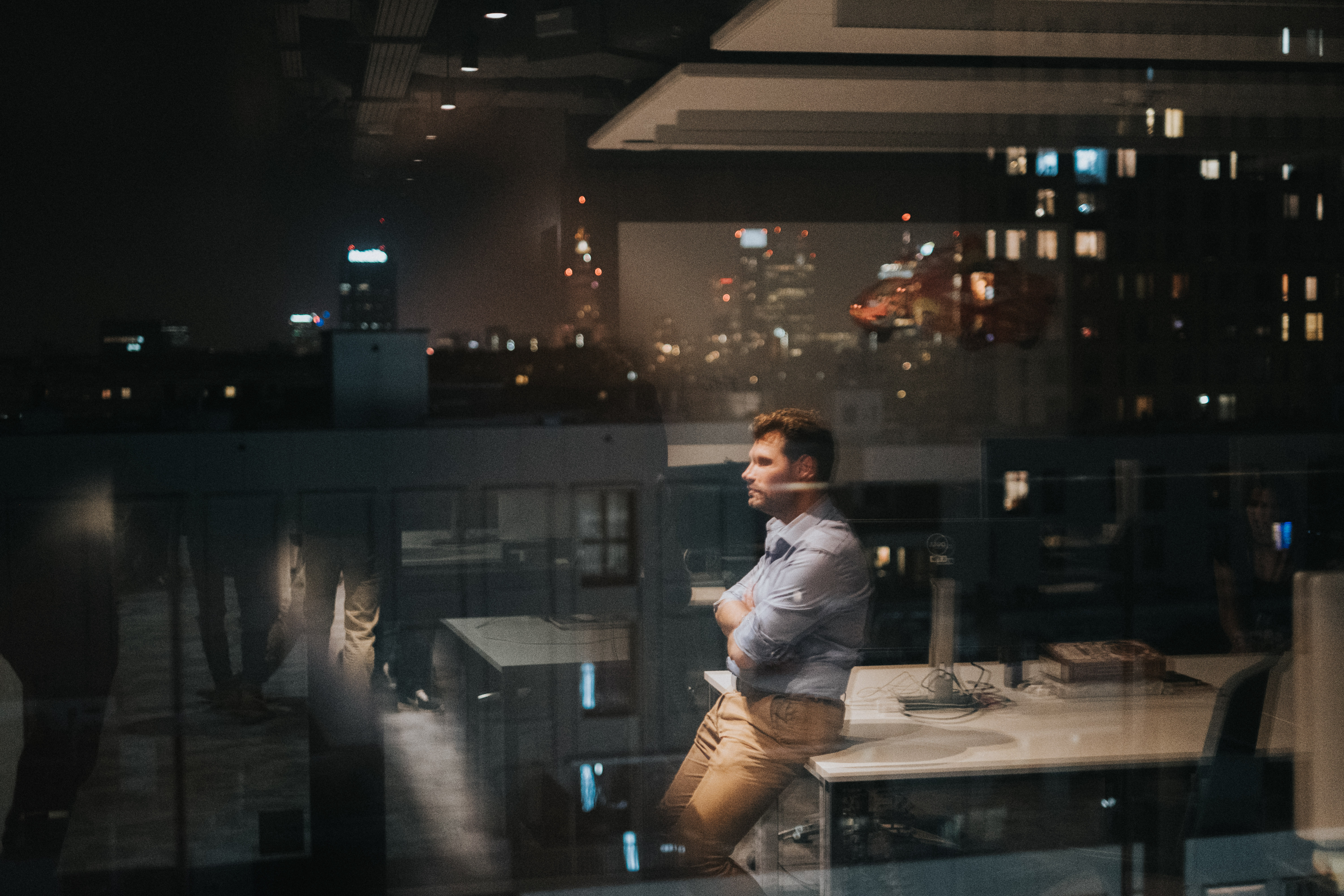 VR is currently erroneously constricted to an entertainment industry. Already now some companies are providing the “virtual soccer match with friends” over Skype. Facebook is running a beta test of its VR version.
“The real power of VR will soon be unleashed in the business world”, – comments Uber’s GM.
This sounds quite counterintuitive accounting for our usual vision of VR as an application for the virtual entertainment industries of all too many kinds.
According to Kacper, “in a VR-dominated world of money it would be exactly the transportation that will become an “experience enabler”, – not vice versa.
This prediction flies in a face of our perception of crazy VR games and millions of conformist cyborgs flooding the “Gattaca” style job factories of the future.
And, in fact, this is a much more optimistic prediction, in which individual contribution and needs are placed at the cornerstone of economic order. Even if we are still talking about higher and middle class, corporations will be fast to understand the cost saving benefits of cutting down fancy offices and employees’ travels. Environment will equally benefit from decreased traffic congestion.
If you are like a majority of people, your work does not require as much emotional input as your relationships with family or friends. Thus you would be prone to choose virtual work colleagues rather than a virtual wife or a husband. Indeed, you will value “real sensations” more so after a long day of “virtual” work. Physical touch, unfiltered sight, unaltered smell and natural sound would be our life elixir after a day full of flashing screens and talking speakers.
“And this is where Uber app of the future comes into play, – believes Kacper, – taking you to the friends for a BBQ or to the city center to hang out in that newly opened fancy bar, where you can talk, watch the sunset and taste a new summer signature drink.”
Kate: You argue there will be a dramatic increase in work-related VR and home offices.
Sounds like we are approaching a major de-urbanization, is it so?
Kacper: Not likely.
All cool things will be happening in the center anyway. Historically, there has been a need to have some kind of a hub no matter which city you look at. This tells us that people want to have some common place where they can find all the major meeting spots, shopping areas, institutions, museums, theatres and so on.
On one hand, it will not be profitable to build 20 theatres in 20 distant areas if you can have one in between all those. On another hand, there will be no real incentive to go to a “local theatre” to see those very people you see when you go grocery shopping.
After a day by yourself, you will be longing to go out and mingle with the crowd. Solitary entertainment in your distant villa would look more like anxious binge drinking rather than a stargazing evening with a glass of white wine. There is just so much solitary time we can enjoy. After we are settled with our daily amount of solitary existence we can always count on the city center to “feel the vibe”. 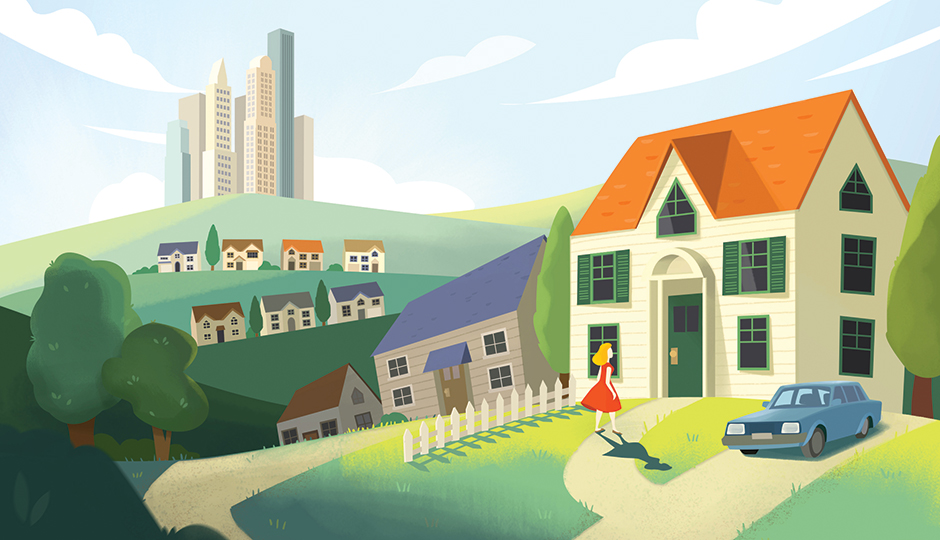 If the center is here to stay, you will always have the majority of people living in its relative vicinity. And they would always want to be physically present in the hub.
That’s how Uber app of the future will enable us to stay “social animals”.
Kate: There is a lot of discussion related to the future of transportation and the migration to smart vehicles. How do you see the humanity moving to smart cars?
Kacper: One of the most interesting sides to this discussion is whether we’ll need to build Smart Infrastructure first, in order to make the whole system work.
Some car experts say that connected vehicles would get us closer to a safer future, with less car accidents and more shared information flowing from one vehicle to another.
While many car manufacturers are preaching about the so-called Vehicle2Vehicle interactions, smart cars and data sharing, we cannot expect a real evolution without cooperation with local governments. The tax-funded Smart Infrastructure will alleviate the burden of each individual to “upgrade” their car. Smart Infrastructure will also create an additional incentive for a voluntary migration to a safer and more environmentally friendly smart vehicle. 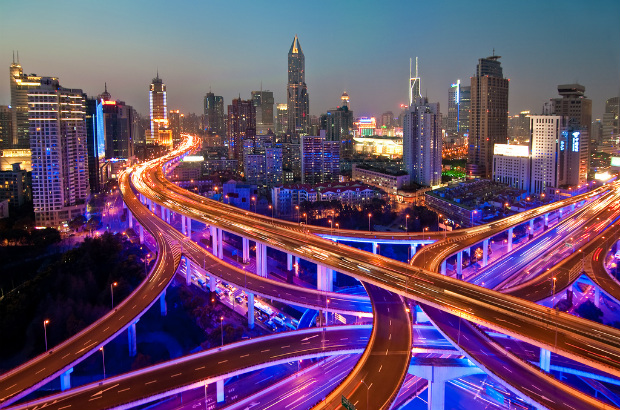 We are much more used to routinely paying taxes rather than having our cars replaced by a newer model. Thus, we can assess the advantage of creating a centralized Smart Infrastructure rather than forcing millions of smart cars. It is the distributed tax appropriation that should bear the burden of the cost with each individual citizen being given a “smart” choice of moving to a safer and more energy efficient smart car.
Most probably, Uber (just like Google and Tesla) will be a smart car pioneer. An introduction of Smart Infrastructure and Smart Cities will be a powerful enabler to get the majority of people to the industry unicorns’ level.
If we are to believe Uber’s GM, it won’t be fancy car manufacturers’ stories about the creation of an exclusive class of luxury car owners who will be serve as a beautiful example for the majority of us to get a “smart upgrade”. Creation of smart cars, just like an overall Smart City Infrastructure will be a unified action of people, governments, car producers and Uber like technology unicorns.
After all, if we want something to happen, we must first create favorable conditions for it to happen. No great accomplishment is ever made halfheartedly.