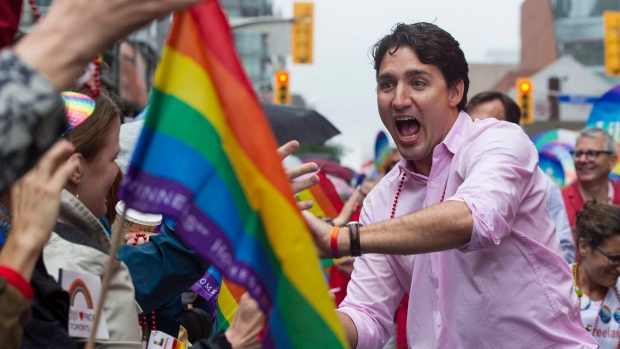 Modern times have opened up the doors for numerous groups, that have been marginalized, oppressed and misunderstood for centuries.

Women got the right to vote and demand equal pay, sexual harassment is being exposed and condemned at the work place, increasingly people become open minded to the issues of homosexuality and same sex marriage.

Looks like we have achieved a perfect balance and a utopia in which all voices are equally heard.

We cannot help but feel the pride and accomplishment for the creation of a perfect world of equality and understanding.

But have we given a thought to one important question:

Who is a real beneficiary of this liberalism?

Ok, let’s start with women. We now have the right to work, develop ourselves and climb the social ladder. Being a relatively ambitious woman I cannot imagine myself staying home cooking dinner and picking the best dust remover as a hobby.

Moreover, I am being a perfect citizen in the world of Capitalism. Earning money, paying lots of taxes, spending my money on things that I hope will boost my happiness, ego and self-esteem. I am suppressing and postponing the biological need for motherhood because I am getting so much dopamine and adrenaline caught up with my ambition and will to succeed. A role model of a strong independent woman in XXI century, hands down!

At some point I will decide on a partner, get pregnant and fall out of the system for a bit. My mother never got back to work after giving birth and, in theory, I could do the same. There are, however, several differentiating points, which will make my cloudless and colorful motherhood story a bit more complicated:

Although I am slightly sad that my mother did not put her intellect and numerous talents to a higher mission, she had neither psychological pressure to self-fulfill herself through career, nor an economic need to be a breadwinner.

All individual variables taken aside, on average, Millennial & Gen Z women are wired to work and economically pressured to earn money.

We achieved equality; without a choice to turn back.

Let’s move to modern man. After reading a previous paragraph, it is a bit unclear: have they benefited from less economic burden or lost out to a hostile surrounding of an army of feminists?

Well, there are several ways to look at it. Clearly, men today have less pressure to pull all family obligations on their shoulders, no matter how wide and strong those shoulders appear at the first sight.

Granted, men are physically stronger and usually more cold headed than their female counterparts. It does not, however, mean they have no feelings, insecurities and fears. And in modern times finally men gained a well-deserved right to show all of these facets of their personalities and be vulnerable like any human being naturally is.

This looks like a great victory for men. The societal pressure came down and opened up a possibility of equal responsibilities and burdens. Is it what men were craving for?

What has happened in reality is men have to work as hard under modern Capitalism as their parents and grandparents used to in more prosperous economic times, without any right to claim authority and respect on the basis of sole income.

Moreover, the traditional game of chasing a woman has been substituted by a murky and unpredictable world, where women choose the name of the game and play by unknown rules.

Too much unpredictability, too much pressure and too little certainty in the outcome.

And here the society did not turn men down. Every movie and Netflix series gives men a magic wand of survival and belonging: homosexuality.

It is hard to miss the beautiful love story between two men, carefully packed into a meticulously crafted cover of political correctness and evaluated audience preferences.

You might be intrigued by the plot of the movie or mesmerized by unexpected turns, but there are some things you can be sure about: there will be a black woman and there will to be a gay couple.

Whether we are talking about Money Heist, What/If, Years and Years, Stranger Things or any other major TV series you have at the “Watching line” on your Netflix, Amazon Prime or HBO subscription, you will learn how the main heroes develop a beautiful attraction to the same sex. You will live through their uncertainties, hardships, desires and happiness. You will own their decision, feelings and choices.

Anyone has the right to think however they please, express themselves and love whoever they want. Equally we deserve to know our poison and the answer to a very important question:

Who influences our actions and what are their motives?

I can’t even begin to imagine how hard it must be being a man: always in control, always deciding, always persuading, always knowing what’s best, always proving and never ever complaining.

For some new paradigms opened the world of feelings and colors, which were hidden by an old regimented order of dichotomies.

For some, it created the world of chaos and unpredictability they could not cope with.

Ultimately, the world gave us what we all wanted:

Recently I had a discussion with a bisexual man.

“Women need too much validation. They like playing games and testing a man. It is so tiring and unnecessary. I can just go for a guy and get what I need fast and with no strings attached.”

Sounds like everyone got open doors to whichever option fits their mood, temperament and personality.

What is the end result of this freedom of opinions and choices? Ideal hard working society, which leaves no posterity and ensures a gradual decrease of population throughout the world.

Whoever came up with an idea to push forward feminism and homosexuality was a genius giving a safety net to an otherwise wild and unrestrained modern Capitalism.

They definitely contributed to environmentalism way more than Greta Thunberg and Extinction Rebellion could have ever hoped for.

And we bit the bait, with envious enthusiasm and determination.

Who Stands Behind Greta and Why It Matters

Our Mortality Is Killing This Planet