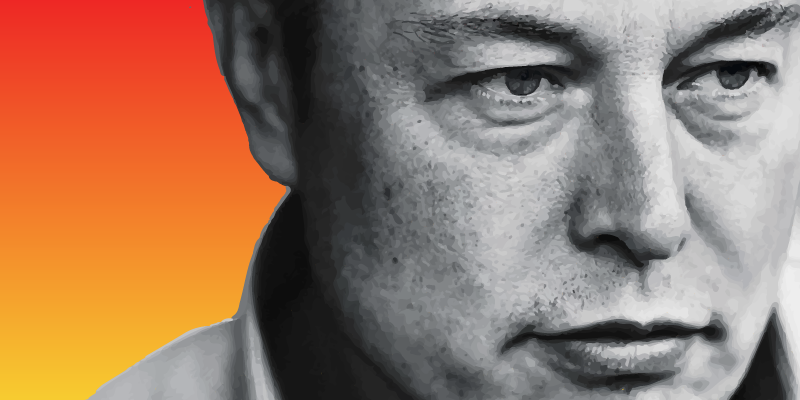 We all live in highly unpredictable and volatile times. Depending on your outlook and values you would normally adopt either of these two world views:

Things are moving so fast that anybody can make a difference exercising a certain degree of determination and initiativeThe world is so unpredictable, unstable and complex that you are better off avoiding philosophic pondering and doing your own thing

An absolute majority of us fall under the 2nd category. The paradigm is clear, it does not require much intellectual effort and you have a blessed and a universally accepted carte blanche to proceed as you please.There are, however, some of us trying to figure out the rules of the game and further twist them to their own benefit. If you are one of those, there is high chance you can be found on Wikipedia.

Political establishment can keep feeding us with fairy tales that global warming does not exist and human impact on the Planet is a negligible. Religion institutions manifest better worlds are awaiting us after we finish our mortal journey to make sure we are kept under a moral and financial control. We are told there are people who sit somewhere on a secluded island and make sure the Planet does not go to hell and we are better off chilling down and letting them do their magic.

Elon Musk has none of it. If Musk thinks electrical cars is the future of transportation and the profitable business model, there is the whole world to prove him wrong. If he believes Mars colonization is possible and beneficial for human civilization to survive in the long run, there is little to stop him from building a first reusable rocket, – a major step towards the realization of his ambition.

We can be told time and again that alternative energy and solar power is a beautiful myth to boost some governments’ prestige and click the “green” icon. And then suddenly Musk is introducing solar roof panels, that won’t only power your house with electricity, but will also cost less than a conventional roof. Sounds too good to be true. Surprisingly, it is.You might have thought air travel gave us unprecedented travel flexibility only to discover that an underground hyperloop will get you from point A to point B faster than gushing through the thing air of 10 km high.

There is not a year when new Musk idea does not get conceptualized and being seriously considered for implementation, – Boring Company and Neurolink being the latest and most audacious ones. No matter how outlandish some of those might sound, their creator is definitely not a passive dreamer. He has solid business plans, believers crazy enough to invest and teams dedicated enough to turn his fantasies into a palpable reality. 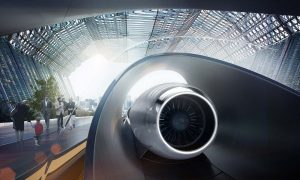 And no matter how much people criticize him for being imperfect and having emotional breakdowns, what he has achieved so far is already beyond human. I wonder how Leonardo da Vinci would behave having 7 billion eyeballs on himself and share value responsibility for 7 world-changing companies.

An interesting question comes when we try to understand what Musk’s reality is, – a reality, which he tries to shape so furiously and order according to his own perception of what is right and what is possible.

You would imagine Musk to be a hard-core realist who believes his actions have a direct impact on the world and individuals around him.However, it does not prove to be the case. Musk appears to be a true adherent to Bostrom’s simulation hypothesis.

According to Musk, chances we live in a real world are less than “one in billions” and all the technological development happening nowadays prove time and again we are trapped into a craftily (or not so much) devised computer simulation, the so-called Matrix.

“Matrix theory” is like a religion. You cannot prove it wrong so it’s completely up to you to believe it or go with the “not buying it” position. Nevertheless, having read a bit on the hypothesis, one can’t help agreeing a perfect logic and plausibility of it.

Debate between subjectivists and realists can go as long as conscious human beings exist. The dilemma I am facing personally is a fact that a person who so fervently believes in us populating a simulation works so hard to change the everyday reality we supposedly live in.

After all, if global warming, hunger, cancer and species extinction is only a programmable feature in a simulation we are a part of, what would our efforts mean for anyone except our subjective understanding of this very simulation? Why should we care about the world coming under water and 7 million dying children in Yemen if all this is only a part of the universe created by our posthuman ancestors or advanced AI ages ago? Is there such a thing as objective reality?

I find Simulation Theory to be way more disturbing than Roko’s Basilisk. Let’s be frank. You can help bring around AI if you are scared of Basilisk theory but there is absolutely nothing you can do to make a difference in a Simulation. You simply do not matter…

Realists can claim that if an action of each given person is able to influence the perception and well-being of another, this action and those people must be real and must be experiencing the same shared reality.

On the other hand, something that leaves our consciousness and is transferred into actions and words has no verified and traceable way of reaching the recipient in an intended and unaltered form.It is purely up to us to believe when someone says they love us. It is also up to us to populate this sense with a selfishly created meaning of love that would suit our inner self and make us happy.

In a subjective understanding of the world feeling loved when other person cheats on you or seeing the world through the pink glasses while being homeless is definitely not a bad thing if it makes you happier than Warren Buffet. Having written this, I realized what a meagre role subjectivism plays in a modern society.

So what about Musk then? Is he a self-centred lover who cares solely about his own feeling of self-importance and meaningfulness? Is he trying to make sense out of this simulated world to feel at least a miniscule sense of control? Control over the otherwise unpredictable and uncontrollable reality we are locked into without our consent and no better alternative to escape to?

How can you even exist knowing that all your efforts, aspirations and actions are as futile as they are redundant in the reality you cannot control?

Isn’t Musk simply one of few people who realized this futility and is employing an actions-filled strategy to stay sane? Or is he actually trying to change the solid reality we live in by making sure the humanity is here to stay?

Who are you, Elon Musk, – a self-proclaimed God who knows the bitter truth or a Prometheus trying to give us the fire we did not deserve?