Home Movie Review So What’s Cool and What’s Lame With Star Wars in 2020? 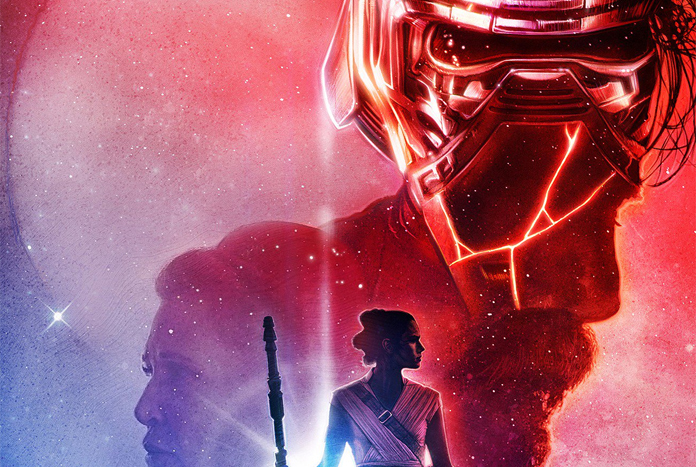 Anyone knowing that I am a hard core futurist and a sci fi geek is utterly perplexed when they discover I have never seen Star Wars or Star Trek. “It’s classics, after all”

Moreover, people are absolutely shocked I despise Marvel, as this is considered the most successful representation of fantastic superhuman (aka Transhuman) protagonists.

Well, as much as I am sure Marvel hits an absolute bottom of cinematography, I decided to try my luck with Star Wars 9.

And, in all fairness, I was not disappointed, as I was expecting mainly useless battles but got a nice albeit slightly trippy fairy tale propagating some good time values.

So, what was good and what was lame?

Acknowledging the fact that the whole thing started 42 years ago, the use of androids and robotics is truly remarkable.

Look like language translation mechanism has been envisioned by Lucas years ago. The bond and friendship between human species and robotic and bionic counterparts is very progressive indeed. The crazy sci fi of choosing the space sheep in between normal and light speed is fascinating. Interesting to note, that the crew were choosing light speed to avoid numerous obstacles on the way and this is exactly how we will be navigating the Universe full of meteors, if you are to believe Michio Kaku and Poul Anderson.

Symbolical mythical tech of green pyramids empowering the spaceships and the knives showing the directions are more from the Lara Croft and Dan Brown world, but, despite its visible uselessness, the discovery of new materials in space and the parallels to new ways of data storage and transmission are really cool.

Starting with a an Interstellar Burning Man all the way down to talking to massive chimpanzee and hair dryers, – Star Wars is an amazing example of a harmonious co-habitation of various species and life forms.

This looks like an incredibly progressive idea in the world where we can’t even fully tolerate the people with different accent or skin color.

There was a woman called Leia, and, according to many sources, she played such an important role in the whole thing that they had to CGI her as the actress herself died at the time of shooting. As I discovered also she used to be a sexual fantasy for many generations. Can’t say I get that part looking at old pictures, but the fact that men have been obsessed with strong warrior woman is clearly an indication that Star Wars pushed feminism big times.

Rey is also a central figure in the new movie. She is surrounded by men running after her like a fragile vase, or a supreme commander, whichever interpretation fits your vibe better. She can choose among a black guy, Hispanics guy and a super ugly but surprisingly charismatic tall good-bad boy. I mean, the world of Star Wars is a dream come true for women of all walks.

Extremely important, – you are not who you are born, – you are who you choose to be. Star Wars is a powerful case for objectivism and the power of human will.

All the religious talk of fate and destiny and the superstitious chatter on predestination go bleak in Rey’s internal struggle between following her blood of Sith and the choice of Jedi.

All in all, you are a human and you have the strength to shape your own fate. This is big. Remember this.

It is not the Navy. It is the People, – this was one of my favorite quotes of “The Return of SkyWalker”.

Just when all the evil and bad news are trying to press you down and create the feeling of misery and failure, you must know that “there are more of us than there are of them”.

Assholes from the left are dominating world media claiming we are losing the war on climate change, we are pushing ourselves on the brink of extinction.

Assholes from the right, worse still, are playing the merchants of doubt role saying we are absolutely fine with rampant Capitalism and business-as-usual, as long as their coffers keep bursting with fossil money.

But there are also those, who still bear the light of hope and belief in humanity, they prefer actions to words, – they give up meat and take trains instead of airplanes, they go to fight the fire and work on bioengineering worms that would eat plastic, they work on editing human embryos to get us rid of debilitating diseases and suffering, they carefully grow corals in lab environments or working on sound systems to bring fish back to abandoned bleached Coral Reefs, they dedicate their lives to restoring the population of gorillas and orangutans, they lobby governments to push for carbon neutral policies.

They are us, who stop doubting and start acting.

Star of Wars is the perfect example of a simple yet strong and coherent message. There are good guys and there are bad guys. This is it. Does not matter if you are black or white, a robot or a huge frog, a chimpanzee or a hair dryer. You are either a good being trying to add value to preserving the Galaxy or you are a fucked up power obsessed psycho-maniac trying to destroy all the worlds.

Common sense though: Where will you live if you destroy all Planets?

Where will you live if you destroy the only favorable conditions for biological life in millions of light years around?

Just logic. Pick the side of light and keep paddling. Easy as a piece of cake.

It is great that women are playing an increasingly important role, as is quite natural given they constitute 50 % of the world’s populations, give or take.

Equally, I believe, women are in no way inferior in their intellectual capabilities to men, because, again, science, we actually share the same DNA.

But do we really have to make everything revolve around women like we are trying to repudiate and distance ourselves from centuries long abuse and disempowerment?

It’s as if Americans start putting black people and native Indians in charge of all companies just to feel better about the horrors of its history. Would be a great gesture, no doubt, but where is the fault cult instead of meritocracy is likely to bring us to?

Do we think women need all that validation? I am a woman. And I must say that despite constant objectification and previously experienced work-related sexual harassment, I’d much rather prefer men’s part of the globe to stay sane and know where they are treading on.

Otherwise, we might as well end up in the world of paranoid, scared men full of doubt and hatred towards women. This is how most serial killers start out, FYI.

They literally pulled in every possible creature a mind of shrooms could have come up with. And it is truly commendable. It is quite amazing how finally main heroes do not have to look like a photoshopped version of a human species or a Tom Cruise. Finally we got a decently ugly guy playing the role of the main alpha male. Poor Rey girl! But hey, man’s appearance should never be his strongest point in the end of the day.

But then do you really have to squeeze that lesbian thing like it’s a daily reality when in fact there are no more than few percent of gay people in the world?

Do we really have to consume this propaganda is every single movie? Great news Marvel is doing a transgender character by the way! Humanity is on a good track of destroying sex.

KateGoesTech is a Futuristic Blog discussing the technology which does not exist yet, the future we want to create for ourselves and the ways we can collectively save the Earth (or inhabit other Planets) for future generations. ​
Get In Touch: contact@kategoestech.com
made by applyss