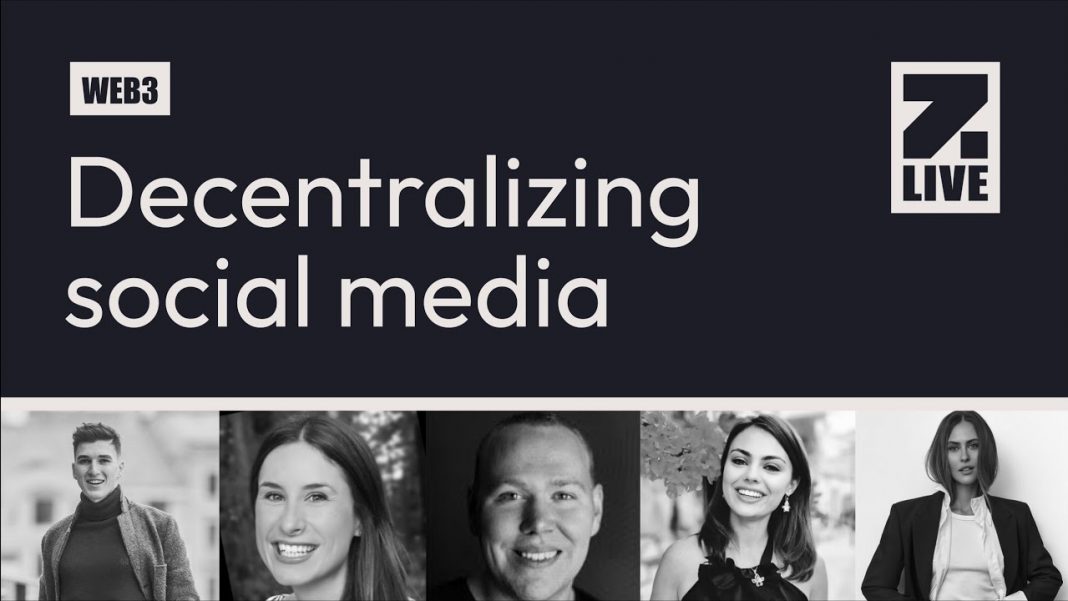 Problem with centralised social media is that while they were created to empower people and give them an outlet to speak, very often these social media platforms must bend under the various governmental regulations to stay operational, clearly prioritising the bottom line over the privacy and security of its users

Talking about speech moderation and censorship it is worth noting that those were historically the domain of Church, Monarchy, later – Governments & Press.

The advance of Surveillance Capitalism, as defined by Shoshanna Zuboffs, marks a system, where companies, not governments, get to decide:

Thus, the way our data used is decided by corporations, whose main source of funds is this very data. Oftentimes, whatever is popular is what brings money (viewership, time spent on platform, engagement). Sometimes it is Kim Kardashian – sometimes a Ponzi scheme or hate speech. That’s why when evaluating how well these platforms are suited to ensure people’s online safety, it is worth noting that potentially harmful content can be the one that is propelled to the top of the feed due to its sensationalism and monetisation potential.

The Deciders (Data Governors) are often not designed to prevent hate speech or crimes. In fact, oftentimes they are designed to monetise those.

Indeed, all illusions and naivety about the new deciders should be discarded. To ensure the safety and tolerance of any platform independent oversight boards should be created.

Another issue centralised Social Media giants has been historically struggling with has been its absence of national boundaries, while serving the users that belong to different geographies and bear the citizenships of different countries. This means that to freely operate in various geographies social media platforms normally must comply with various governmental demands and even hand over their users’ data upon government requests.

A problem arises when these disclosures lead to silencing of dissident societies, interventions with planned anti-government protests and, in most extreme cases – to imprisonments, tortures and murders of opposition leaders.

Facebook had to comply with such government requests for data from a range of governments – Israel, Vietnam, Russia, Turkey…

I once said – if you want to liberate a society – all you need is internet. I was wrong.

In 2010, Ghonim founded a Facebook page titled, “We Are All Khaled Said,” in support of Khaled Said, a young Egyptian who was tortured to death by police in Alexandria. Ghonim used this page in moving and integrating the anti-government protests of the January 25 Revolution. When his login credentials were disclosed by Facebook, he was detained by Egyptian government and had to spend 11 days in captivity, before being released under the pressure of international organisations’ demands.

Thanks to Section 230 of US Telecommunications Act Social Media platforms are not the publishers but merely intermediaries, so they bear no responsibility over their users’ content. This really allows them to have their freedom of speech, and, by selectively choosing which voices to let free and which ones to censor – the freedom of speech of everyone else

Social media companies became so big and omnipresent that under the auspices of Surveillance Capitalism they are now officially the deciders and governors of what is acceptable and what is not. Moreover, social media platforms became the medium of digital colonialism, replicating the offline oppression in the online space.

Take Israel as an example. Facebook HQ for both Israel and Palestine is in Tel Aviv, replicating the occupation of Palestinian land virtually. It is documented that Facebook has been blocking “Palestinian” from use in Facebook pages names. There is a tag #FBcensorsPalestine. Clearly, Israel has much more money to offer to the social media giant, then its oppressed and vilified neighbour.

Equally, hate speech is not treated equally across internet. America’s 45th President Donald Trump was given a platform, which he managed to mobilise as an avenue for his hateful rants. Anyone else tweeting the content Trump has been tweeting for years would have been removed from the platform long ago. Same goes for Russian government officials accounts, which spread conspiracy theories and misinformation as if stand-up comedy was their primary occupation.  Trump has been eventually banned from Twitter. Too late. But till. How come all these russian accounts spreading absolute nonsense are still allowed to operate?

If you apply the rules arbitrarily, do they even matter?

The inability of The Deciders to act on misinformation and hate speech is creating Self-Organised Content Policing Cartels – people who decide to take on the responsibilities the platform should perform. Anonymous, for example, has been created out of 4chan platform to tackle pro-Syrian regime bots. NAFO (an acronym for North Atlantic Fellas Organisation) has been created to tackle pro-Russian regime bots. Unlike ominous style of Anonymous, NAFO is using humour and memes to intellectually oppress paid Russian trolls, provoke more unsubstantiated conspiracy theories and evoke emotions of hatred, which can later be used for reporting and blocking of those pro-Russian trolls.

Another obvious problem of centralised social media is its power to identify a breach and de-platform a user based on its policies. Indeed, in case the decision turns out to be irrevocable, it is important to have a choice and be able to switch to a different platform to be able to maintain your circle and voice. An issue we have nowadays is an incredible difficulty of moving your friends or followers from one platform to another. Just like smartphone operators have been playing the accessories war for over a decade to prevent inter-operability and hike up the price of switching, the same way social media platforms are using their monopolies to keep their users in a digital grip. The same way a standard plug should be applicable to all hardware devices, the interoperability platform should exist between various platform, to reduce the friction and increase users’ convenience.

Why should I miss out on 30,000 of my Linkedin contacts when I post on Twitter or Instagram? I know why. Because Linkedin is owned by Microsoft, Twitter – by Elon Musk (as of recently), and Instagram – by Mark Zuckerberg. There is no other reason. My Insta stories can be easily viewed by my contacts on Facebook. Interoperability between platforms and the ability ot move your followers from. One platform to another through the opt-in and opt-out functions should be possible soon, – as a manifestation of human rights and the ownership of our private data, as much as for the sake of users’ convenience. This should be easily achievable by employing blockchain technology and storing all your data and connections on your personal ledger. The security of this ledger would, of course, be of utmost importance, and numerous cybersecurity and web3 companies will be working around the clock to enforce it. Probably, this type of standardisation will have to be requested by the governments, same way as the request for the unification of chargers.

Elon Musk has recently announced that his $44 billion purchase of Twitter is intended to create an app of all the apps. What Musk is getting at is a full monopolisation of all social media space. While removing the need for any inter-operability, the risks of having an egomaniac like Musk, who also turns out to perform the role of the world’s bloodiest dictator’s puppet, do outweigh the benefits of convenience by an order of magnitude.

A great example would be 4chan, where users are anonymous. And a dark place it truly is…

Harassment, threats, misogyny are just a small portion of horrors you can see at 4chan.

Indeed, when no one knows your identity, no one can hold you accountable.

Since full anonymity does not seem like a reasonable way forward it is safe to argue that a decentralised social media where your identity is known, but the regulation and reaction to your content is up to the users, does look like a step in the right direction.