Home Tech News Where Is The Money? 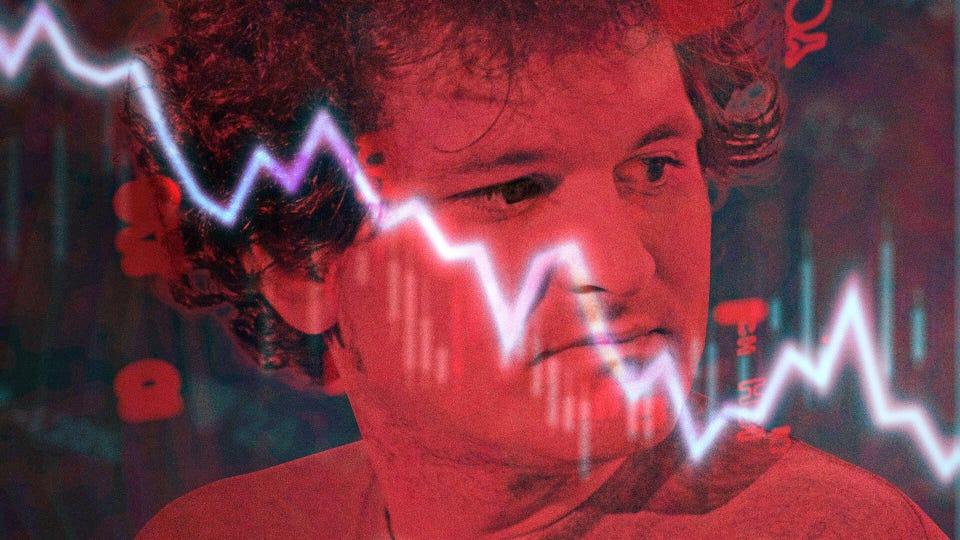 FTX Fraud has been named the Ponzi scheme of the century with world’s 2nd biggest crypto exchange losing over $10 billion of their customers’ money! Worth noting that Charles Ponzi has defrauded his “investors” for $20 million in 1920s, which would constitute $300 mm in today’s money. FTX is 30 times the scale of the original Ponzi scheme!

And while people dealing with Ponzi clearly could see they are getting into a dodgy enterprise, FTX customers thought they were dealing with a reputable licensed exchange, which, by the way, counted all the biggest VCs among the institutional investors.

Where has all the money gone? How come SBF is still not in jail? And how has the industry enabled a $10 bln scam in XXI century?!

Part 1. Where Is the Money?

SBF used customer funds to do gambling on Alameda Research, which is his fully owned trading company. Alameda borrowed FTX customers’ money for its reckless bets. The only collateral these bets were backed by was FTX native exchange token – FTT.

So, a licensed and regulated exchange, 2nd in the world by liquidity, used its own token as the only reserve for all its activities.

Former FTX CEO Sam Bankman-Fried personally received $300 million from a $420 million funding round for the company in October 2021, according to a Wall Street Journal report.

The October 2021 funding round valued FTX at $25 billion and raised money from financial heavyweights such as BlackRock, Tiger Global, Singapore’s sovereign wealth fund Temasek and Sequoia Capital. A few months later, some of those same investors helped raise $400 million for FTX’s U.S. subsidiary at an $8 billion valuation.

According to paperwork filed with the U.S. Bankruptcy Court for the District of Delaware, Alameda Research had $4.1 billion in related-party loans. Among those were $1 billion to Bankman-Fried, $543 million to FTX Director of Engineering Nishad Singh and $55 million to FTX Digital Markets head Ryan Salame. There was also a $2.3 billion loan between FTX legal subsidiaries Euclid Way Ltd. and Paper Bird Inc.

Yes, indeed, FTX troubles are not new. The gigantic loss of FTX and Alameda are perplexing for two key reasons: It contradicts the image of SBF as a money-making machine, and it bucks the trend of a highly profitable 2021 for the cryptocurrency industry.

Even though both FTX and Alameda has been at a horrible loss in 2021, SBF was spending a ton of money on political donations. FTX Charitable Foundation was worth $190 mm, literally George Soros Foundation level. SBF has donated $5 mm to Biden’s 2021 Presidential campaign and $40 mm to other democratic politicians. It must be noted, that SBF has also heavily backed Republican politicians, however preferred to keep those donations private. Feels almost like if you are trying to secure all the exits in case of a one in a millennium financial fraud if you ask me!

Part 2. How Could Any of This Have Happened?

Alameda was doing all types of degen things out there – from DEFI Yield Farming to Directional Bets on the Market, – all using consumers’ deposits. Alameda was de facto SBF’s Private Degen Hedge Fund which was exempt from Liquidation. This has ultimately led to the final domino piece in late October, when Alameda took a leveraged long position and saw the market plummet. Since Alameda was exempt from being liquidated FTX had to patch this hole with the customers’ deposits.

SBF has created a specialised accounting system for FTX, which allowed him to execute commands without alerting anyone else in the company. He was literally able to execute a $10 bln funds transfer to Alameda without triggering anyone in the company or external auditors.

3. Failure of All Corporate Controls

“Never in my career have I seen such a complete failure of corporate controls and such a complete absence of trustworthy financial information as occurred here,” John J. Ray III, FTX’s new CEO, said in court’s filing.

He goes further, describing the “deficits of regulatory compliance, HR, absence of oversight: from compromised systems’ integrity to faulty regulatory oversight, concentration of control in the hands of a very small inexperienced, unsophisticated, and potentially compromised individuals – this situation is unprecedented”

Apparently, in FTX anyone could file an expense through Whatsapp and a random employee could accept or reject those with an emoji

Short answer is yes. There is no way this fraud does not end in a sentence. Anything less than double digit years sentence would be the acknowledgement of abysmal and irreparable corruption and nepotism plaguing American system. Not the type of message world’s largest democracy wants to send to the world.

Political and media donations second only to George Soros’ do put a serious question on how fast the judgement will be made as well as what the duration would ultimately be.

A better question to ask here is whether the creditors and investors will ever see their money again. Judging by multiple SBF public appearances after the bankruptcy, claiming that he has no more than “$100K in his bank account” – this is highly unlikely.

It is worth noting that SBF is coming from a family of lawyers, who are finally well compensated for their hard work and knowledge of American system’s loopholes. Apparently, his 25-year-old brother works in Congress. What a well-connected family!

From the above-mentioned transactions it looks like SBF can be sitting on several billions of cash, in addition to various purchased shares and property. No matter what punishment SBF will get from the court, looks like bank run has been all worth it.