After the fall of the USSR Francis Fukuyama (in)famously stated that with the unquestionable fall of Communism and Soviet Bloc Western capitalist system is the absolute and eternal winner. Having been a cause célèbre for a considerable duration of time, the concept gradually became a battlefield for debate and a failed idea. With the Balkan war, Rwandan genocide, and the rise of the so-called “wars on terrorism” it became pretty clear conflicts of interests and ideologies are here to stay.

What about Capitalism as a system? Is it really as perfect as we are being brainwashed today? Wasn’t Communism a bright idea and a glimpse of hope capable of sustaining all those billions of us around this Planet? Maybe the whole thing has gone wrong in the Soviet bloc, but wasn’t it an endeavor worth undertaking? Isn’t it still an aspiration for our future?

While the greed and paranoia of Communist leaders left the humanity trepidated, those liberal values we are cherishing now were rooted in the very socialistic concepts of “liberté, égalité, fraternité”.

So what went wrong with our desire to grant everyone the same (moderately) wonderful life?

The answer is deeply rooted in our psychology and human drives, and, luckily, is supported by numerous Nobel laureates in behavioral economics and transhumanist authors. The rich of today became such due to two reasons: deeply embedded human need to achieve and a legally binding right to private property. An overwhelming majority of people – poor of today – play by the rules not so much due to the enforcement mechanisms but rather for the very solidarity for personal achievement.

Both a poor Indian farmer and a wanna-be actress in LA walk by the huge mansion in Peddar Road or Beverly Hills thinking of how one day they will possess such property and enjoy high life. Rarely would they think how to kill an owner of a house or to seize the property in a coup d’état. Why is that? Why not have it now, fast and dirty, and enjoy the laurels of high life? Well, because there are going to be none. Being the desired attributes of our wealth, material possessions are only the by-products of what we do and who we are. Our social circle is the reflection of us and the life we have been building for years.

We want to enjoy our success and be able to show it to the others, just like the rich of the world are not afraid of showing off their achievements to the world. And while being a target for fun and jokes, the bourgeoisie of France and the New Russians of post-Soviet countries are the very proof of the inherently human desire to showcase one’s achievements with the both examples taken to the extreme due to the speed of their transformation.

Ok, fine, it is all about the subjective feeling of success and achievement (aka happiness) that drives us to aim for the lifestyle of the rich. It is the solidarity towards the sanctity of private property that greases the wheels of capitalism. And it is the acknowledgement of wits and hard work that got rich to their ruling seats that keeps the current system at bay.

What will we say when the system is defined solely by the once established proprietary right to the workforce? Sounds familiar, doesn’t it? With half of the world nations having been the slaves to the other half simply due to a contemporary frame agreement that this is all right, and with a modern day equally strong consensus that such a system is outrageous; we are now slowly approaching the same situation with the only difference of the workforce being robotics.

How will you aspire for success and happiness when pretty much all you can do is already being done by the robot, who is owned by X&Co? One might say that you can always aspire to gain the X&Co’s place. However, it will be only theoretically possible until X&Co’s robotics get armoured in machine learning technique that will plummet them to the heights of general intelligence and a potential contender for their owner, let aside the rest…

And this is where we are really approaching an end in history, – the history of all known human-to-human economic orders. 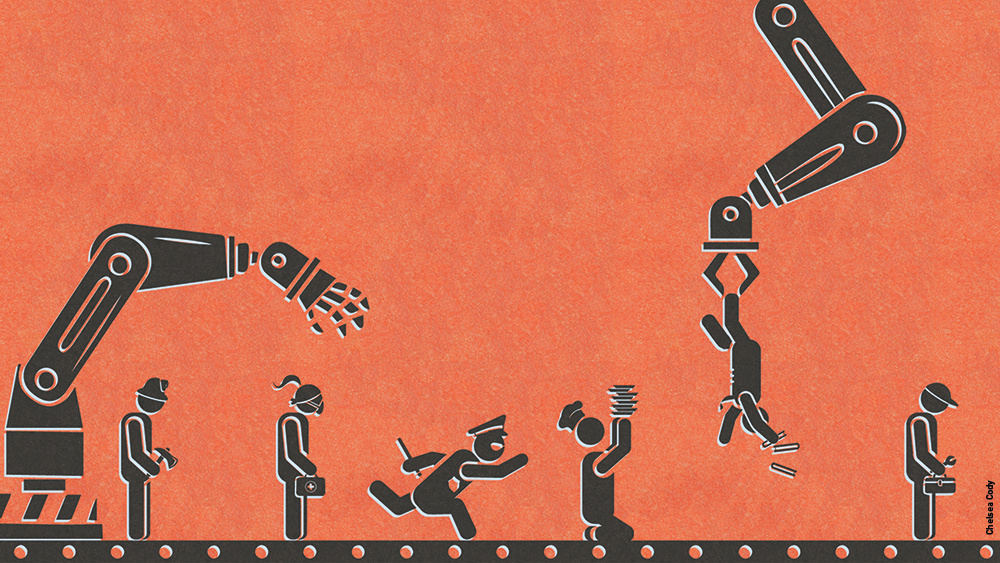 Sounds frustrating at least. Nothing we haven’t seen before, however. A new reality to be accompanied by a new order and ideology. The Golden Age of Technology will make us rethink all the economic systems of human history and blend them into a new system, which could sustain a peaceful coexistence of capital owners, robotic and cyborg society members and the rest of humanity.

This is what I call a challenge. Who is up for a new job opening?